The Podpolanie region is known to the public as a region with a unique folk culture, customs and traditions. Podpolanie is also specific in its dance and music folklore, as well as interesting instrumental and vocal performances.

Folk customs characteristic of the wider Podpolanie region stands out for its variety and richness of patterns as well as the cut and material used. The first folk customs were woven, and the patterns were embroidered with a common needle. The technique of embroidering with a crooked needle is recorded since the end of the 19th century. The crooked needle embroidery technique is characterized during embroidery by the yarn threaded through the fabric into a series of chains (chain stitch). The yarn is hooked from the underside and pulled out to the top with a needle.

Elena Marcinekova comes from Detva, where she has lived for many years. She has been dedicated to folk art, the production of folk costumes and their renovation since childhood. Also, she decorates various objects. The costumes are sewn in an original way, with original patches. The patches are embroidered using a crooked needle technique. Flowers and leaves are a typical pattern for Detvian patches, while the typical colour is yellow and orange and later red colour was added. The unique pieces of folk costumes as well as various costume parts can be purchased in the shop called Kaska, which is located in Banská Bystrica. 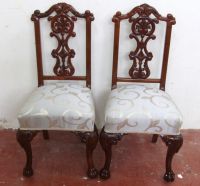 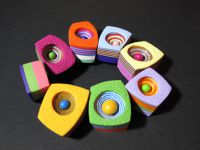 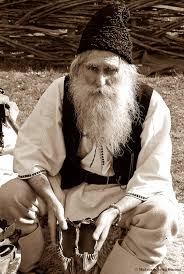