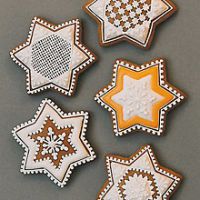 Honey-cake dough is easy to form and can be kept fresh and delicious for a long time, it does not spoil neither raw nor baked over time. The honey-cake craft appeared in Slovakia in the 16th century, with Bratislava being the center of it. It expanded to other Slovakian towns in the 17th and 18th centuries. In the second half of the 19th century, this craft began to decline, especially due to development of the general confectionery craft. Recently, more and more women are engaged in baking and decorating honey-cakes. They offer their products at fairs, pilgrimages or feasts.

The video captures the course of the honey-cake production from the preparation and processing of the dough through its baking and decorating. Maria Balacinova produces honey-cakes for over 25 years. Initially, a dough is prepared, its treatment time is about 15 minutes. The finished dough is resting in the refrigerator for 4 days. The dough is loosened, and different shapes are cut out of it. Subsequently, the dough is baked in the oven. Baked honey-cakes are rubbed with thick frosting after cooling. The final look is achieved by decoration. Honey-cakes are not only beautiful, but also delicious. Bon appetite!

Imagery, the sculpture of the Passion 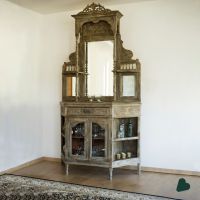